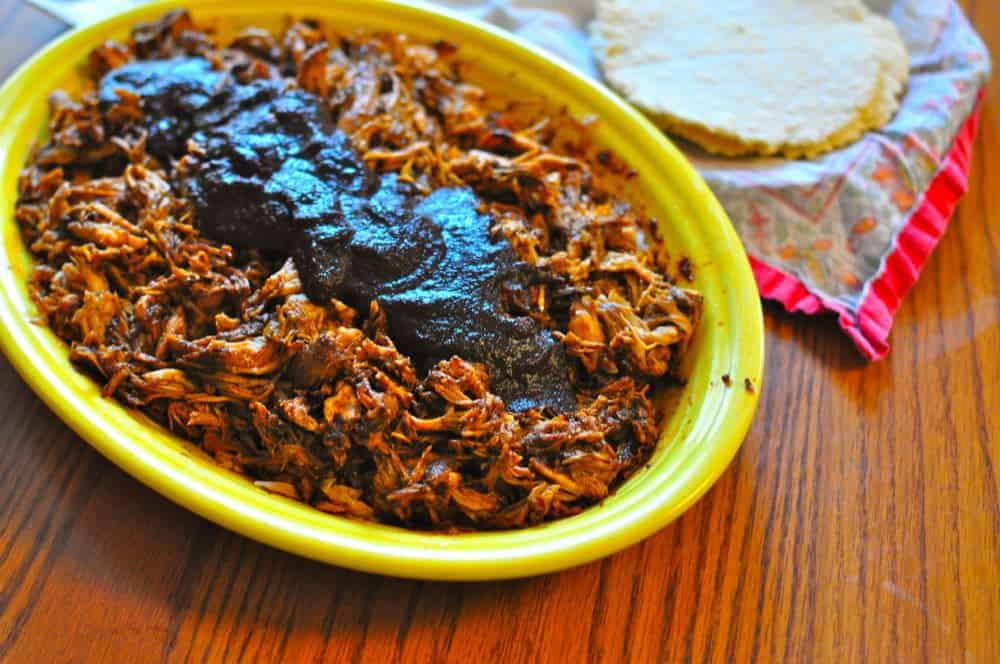 I'm a food geek. I get enthusiastic about recipes like yakitori chicken skewers, pressure cooker Pho Bo, and rotisserie duck with a pomegranate glaze.

But what recipe do my friends and family love? Slow cooker shredded pork. That recipe has a lot of bang for the buck. Toss everything in the slow cooker, come back ten hours later, and you have shredded pork that would fit right in on a Mexican roadside taqueria.

Little league baseball is back in season, and my nights are getting hectic. I've already made my slow cooker shredded pork a couple of times this season; it is time for something new.

This is a riff on mole, the long simmered Mexican sauce. I'm using the slow cooker's long cooking time to give me the advantages of a mole without all the work. The dried peppers soften in the slow cooker, along with some other aromatics, and I use the defatted pork juices as the liquid in the sauce. A quick whiz in the blender, and I have a complex, sweet, earthy sauce with some mild heat.

Give this a try when you are bored with slow cooker pork. It is a tiny bit more work, but cleaning the blender isn't that hard - especially if you use a stick blender. 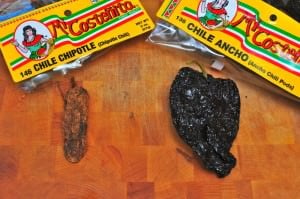 1. Assemble the ingredients in the slow cooker:
Put the pork roast in the slow cooker, then season all over with the salt, cumin, cinnamon, and cloves. Top with the dried chiles, onion and garlic, and water over the top of everything. 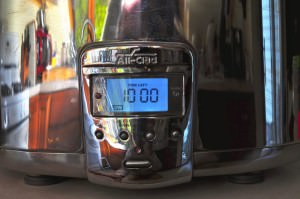 4. Shred the pork:
While the slow cooker liquid is settling, shred the pork, discarding any bones or large pieces of fat. Toss the pork with the chile puree to coat. 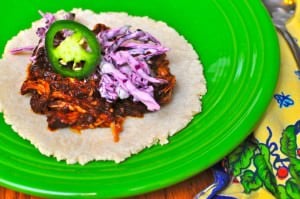