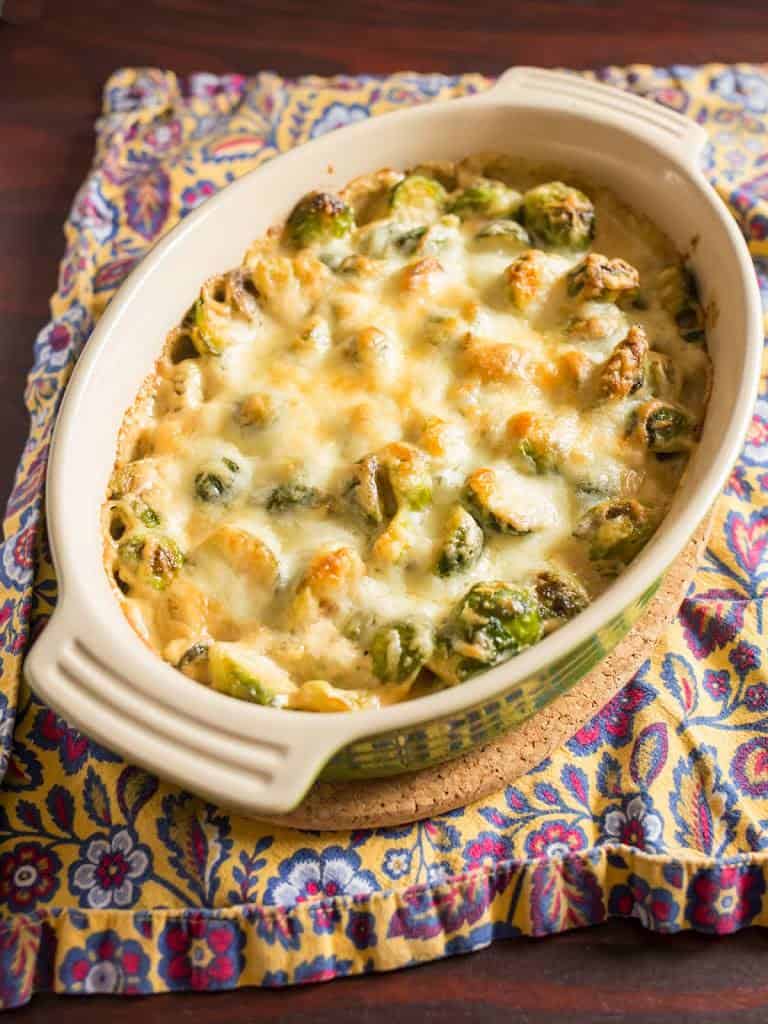 I was shocked. Brussels sprouts were the surprise hit of Thanksgiving dinner.

Brussels sprouts are controversial in my wife’s family - none of her siblings will eat them. But, there they were, reaching for seconds. After dinner, everyone wanted the recipe, so here it is.
The requests all started: “I don’t like Brussels sprouts, but…”

I have to admit to being lucky - I almost skipped Brussels sprouts, knowing how unpopular they are with my in-laws. I was looking for a make ahead side dish when I saw Kenji Alt’s Over the Top Creamy Brussels Sprouts Gratin. It looked too good to pass up. (I figured, if they don't eat them, great! More sprouts for me.) I followed Kenji's basic idea, but left out the bacon, because some of my guests are vegetarian.

Now, you may be thinking: Brussels sprouts? Vegetarian? What, are you serving health food? Um…no. These are rich, decadent sprouts, bathed in heavy cream and covered with cheese.

1. Saute the Brussels sprouts and reduce the cream

Turn the oven to 425°F. Melt the butter in a large fry pan over medium-high heat. Add the Brussels sprouts and sprinkle with salt. Saute the Brussels sprouts, stirring often, until the sprouts are browned in spots, about 5 minutes. Pour the cream into the pan and simmer, occasionally scraping the bottom of the pan, until the cream thickens and the bubbles start stacking up on themselves, about 5 more minutes. 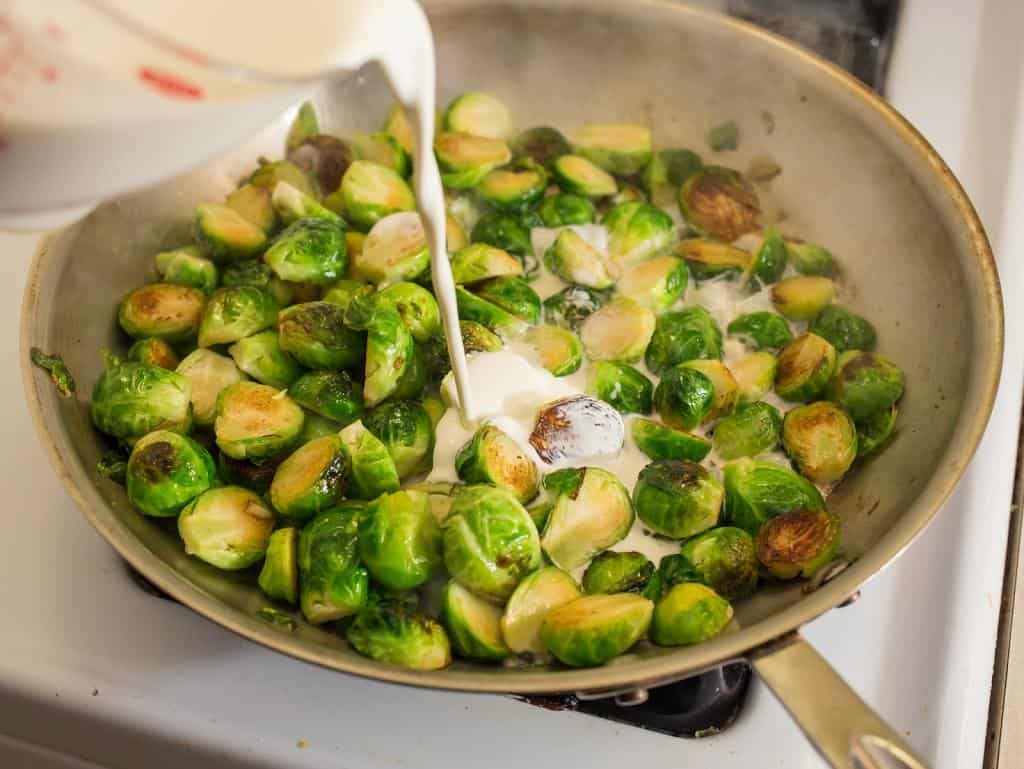 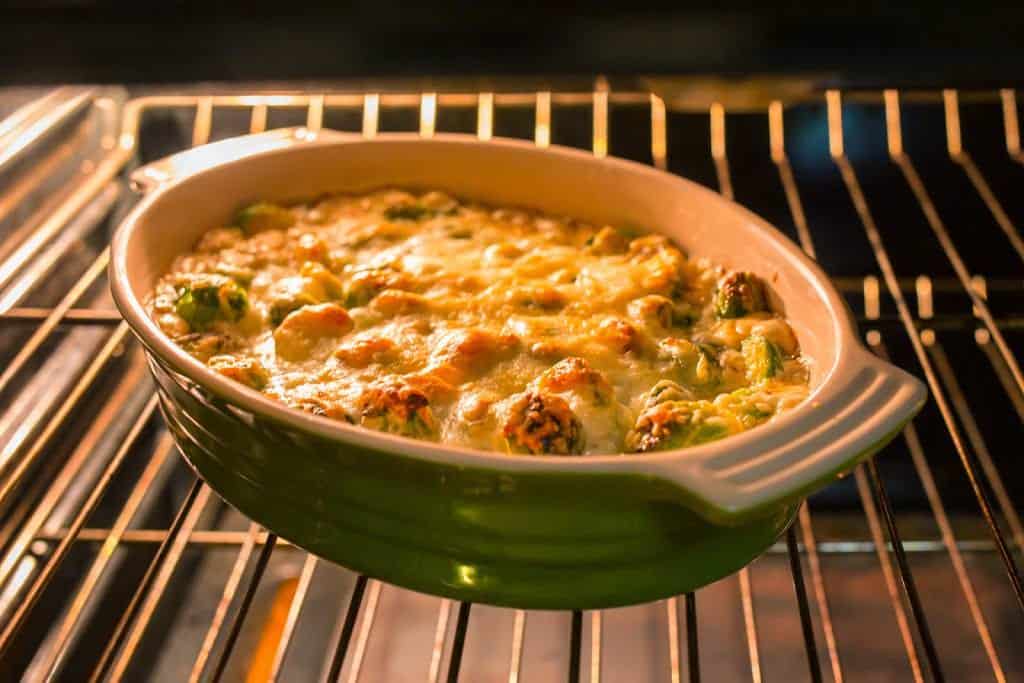 3. Bake and broil the gratin

Put the baking dish into the oven and bake until it is bubbling and the cheese is melted and browning, about 15 minutes. 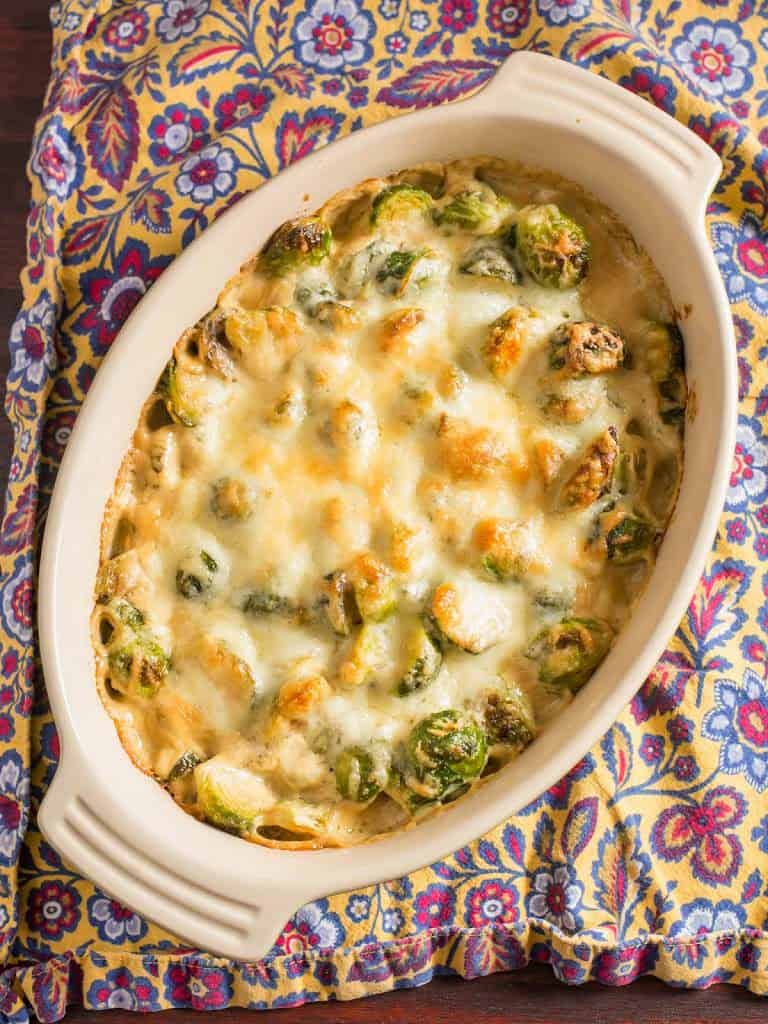