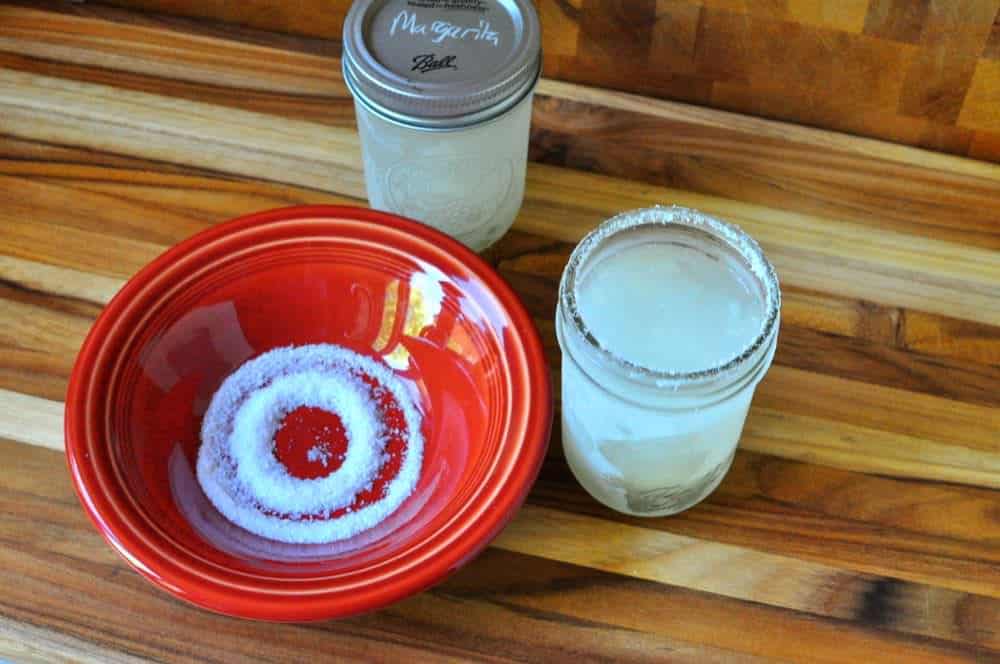 Forget making pickles - this is now my favorite use for canning jars.

They are a great idea, especially for entertaining. Why mess around crushing ice in a blender when you can mix everything up, toss it in the freezer, and pull out a flat of slushy margaritas whenver you need it? The alcohol keeps them from freezing solid; dip the rim in salt before it melts, poke it a few times with a fork, and they are ready to serve.

*The only problem with this recipe: it changed my definition of "whenever I need a margarita" to "it's five o'clock somewhere, right?"

I got the idea from pictures of the Big Summer Potluck. A few years back, Colleen of SouffleBombay.com brought them to the potluck, and the moment I saw the pictures, I knew I had to make them.

I use frozen concentrated limeaid in my frozen margaritas instead of fresh squeezed limes and simple syrup. (I picked up the trick from Robb Walsh's The Tex-Mex Cookbook.) Why go through the effort of squeezing all those limes when I'm just going to re-freeze everything?
*If you're going to give me a hard time about limeaid, don't make frozen margaritas. Make Mexican Martinis instead.

1. Make the margaritas:
Stir the water, limeade, tequila and cointreau until the limeade dissolves. Pour into the canning jars, seal with the lids, then store in the freezer at least overnight.

2. Serve:
Take a jar out of the freezer, immediately remove the lid, and dip the rim in the coarse salt. Poke the margarita a few times with a fork to make it slushy, then drink up. 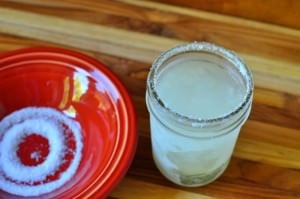 
*Enjoyed this post? Want to help out DadCooksDinner? Subscribe to DadCooksDinner using the RSS or Email options on the right, link to this post from your blog, recommend DadCooksDinner to your friends, or buy something from Amazon.com