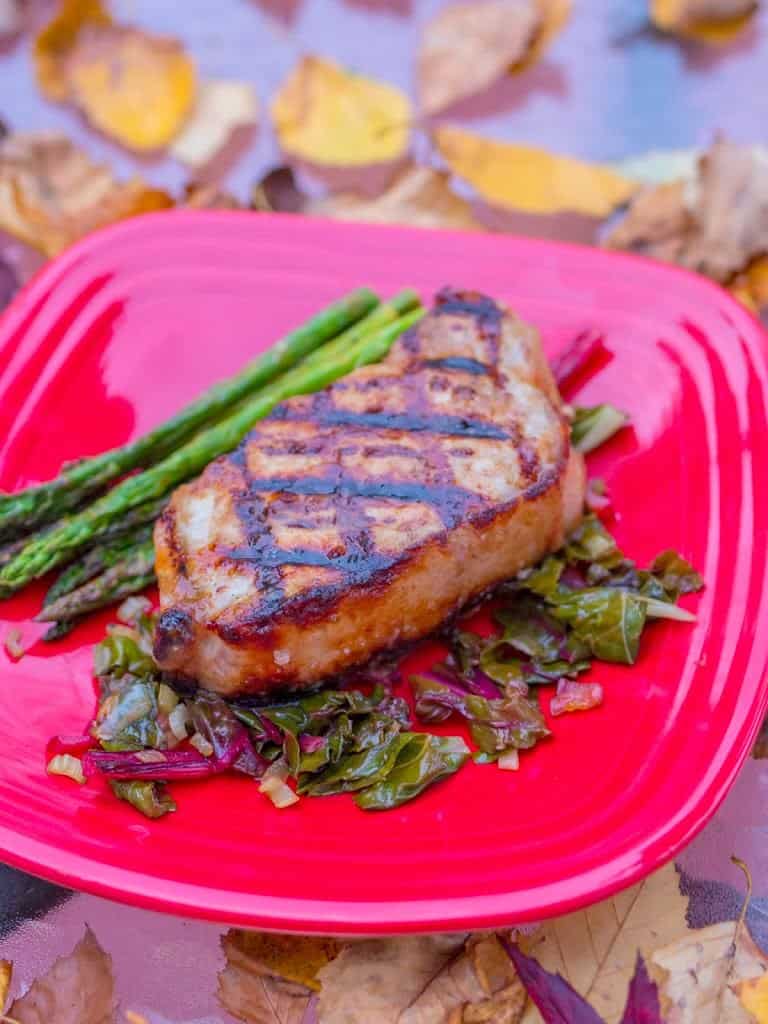 This post is sponsored by the National Pork Board and Costco. Celebrate #Porktober with pork at Costco!

As the weather turns crisp and you start gathering around the table with family and friends more frequently, serve something you know they’ll love – tender, juicy pork! And, don’t forget to visit Costco.com for information on weekly discounted fresh pork cuts and everything else you’ll need to celebrate “Porktober”.

Orange and brown leaves skitter past as the wind nips at my ears. Fall is here, and it is apple picking time - and also pork chop time. Back before refrigeration, when seasonal cooking was the only way we could cook, pigs were a fall animal. Of course, that meant pork was paired with apples, a fall fruit.

When I cook boneless chops, I want them thick cut - the thicker, the better. That way, I can sear the outside, and have plenty of time for the chops to finish gently over indirect heat. I prefer my pork chops medium-rare, cooked to 145°F (measured with a digital instant read thermometer in the thickest part), with a three minute rest. The result is tender, juicy, perfectly cooked pork.

Looking for a taste of fall? Enjoy these pork chops with layers of apple flavor.

And, please support today's sponsor, Costco. They have all the ingredients you need for your fall feast, including a special on boneless pork chops and roasts this week, 10/6 to 10/12. Thank you, Costco!

Stir the apple cider, water, and kosher salt in a large bowl until the salt dissolves. Submerge the chops in this brine, cover, and refrigerate for one to eight hours. 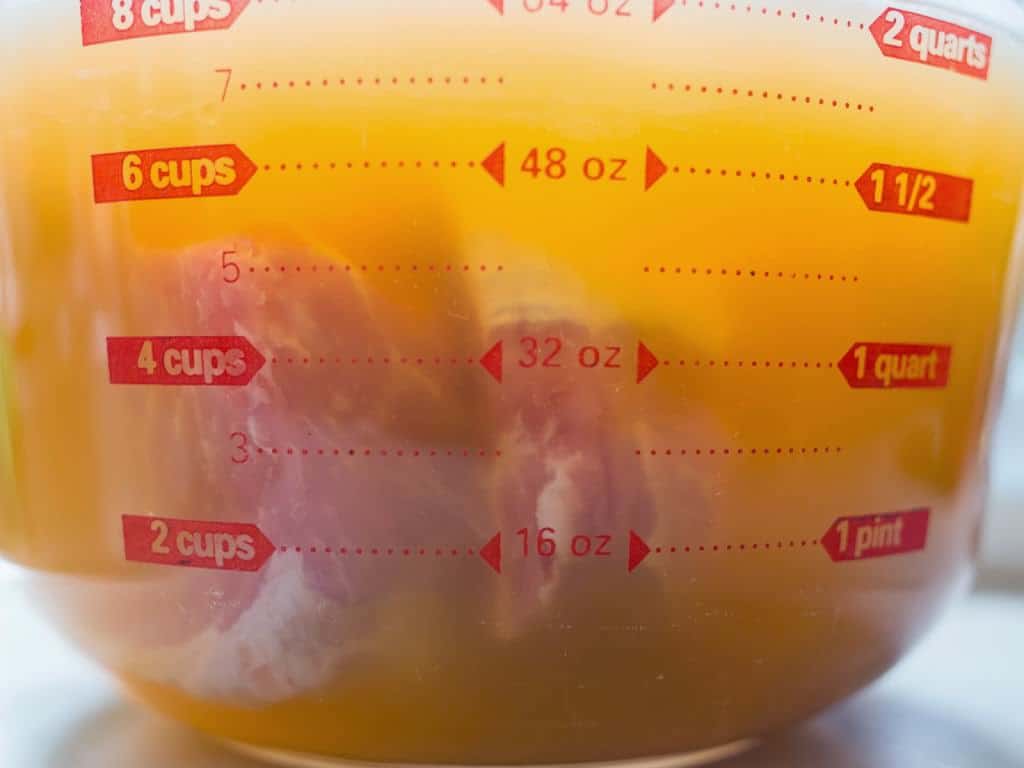 Put the apple butter and mustard in a small saucepan. Bring to a simmer over medium heat, stirring often, and simmer until slightly thickened, about 2 minutes. Set this glaze aside for later.
Note: I simmer the glaze on the grill, in a grill safe pot, while I cook the chops.

Prepare a medium-high heat fire on one side of your grill. On my Weber Summit, I preheat the grill for ten minutes with all the burners set to high. Then I brush the grate clean with my grill brush, turn burners #1 and #2 down to medium-high, and turn off all the other burners. 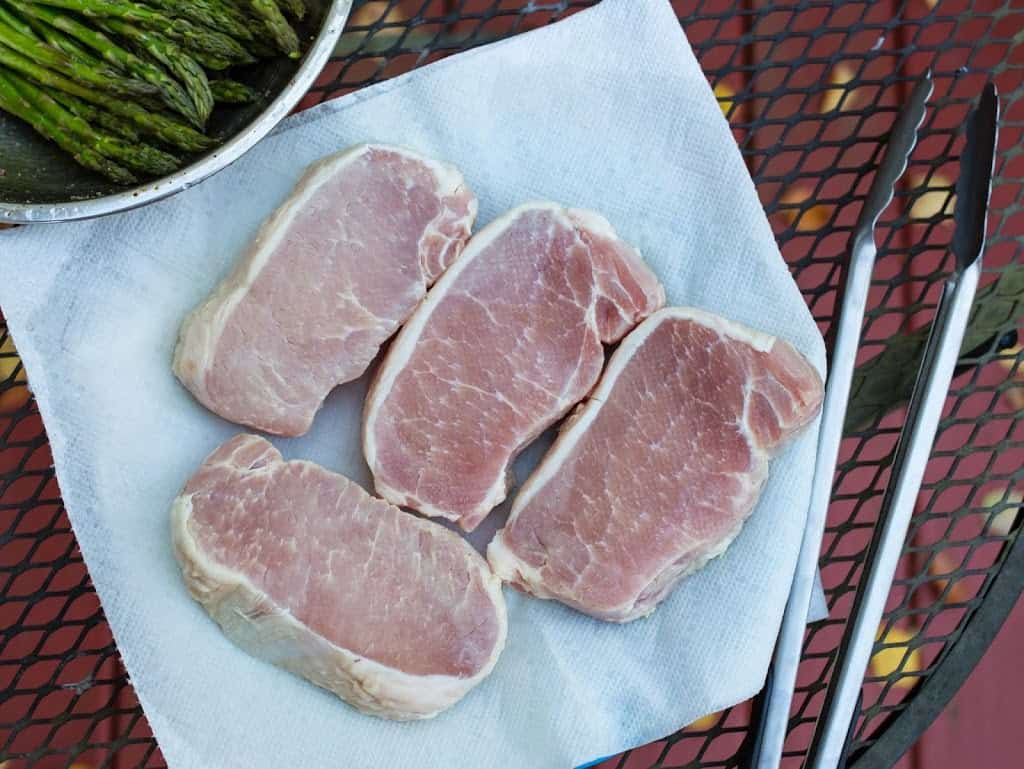 Remove the pork chops from the brine and pat them dry with paper towels. Set the pork chops on the grill over the medium-high heat fire. Grill the chops, with the lid closed as much as possible, until they have browned grill marks on the bottom, about 2 minutes. Flip the chops and grill until they have browned grill marks on the other side, about 2 more minutes. Flip the chops and rotate 90 degrees, and grill until the chops have a browned crosshatch of grill marks, about 2 more minutes. Brush both sides of the chops with the apple butter glaze, then move the chops to the indirect heat side of the grill, crosshatched side up, and close the lid. Cook over indirect heat until the chops reach 145°F in their thickest part for medium-rare, about 10 minutes. (Medium-well is 160°F, about 12 minutes over indirect heat.) Brush the chops with another layer of glaze, then remove to a platter, and let them rest for at least three minutes before serving. 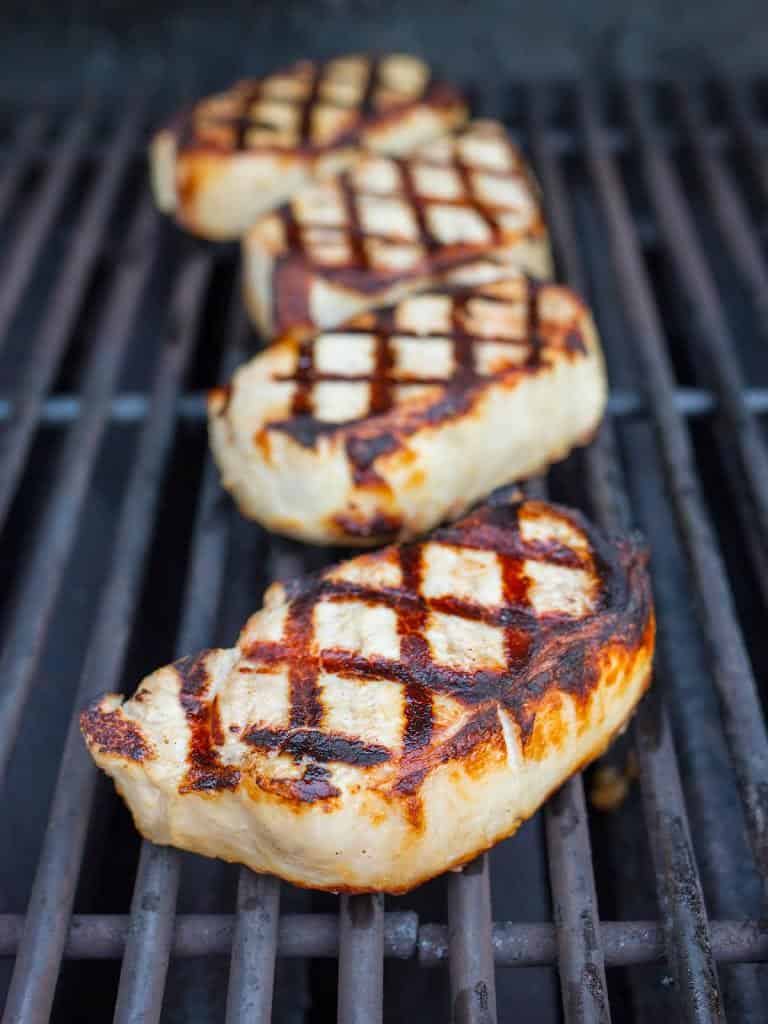 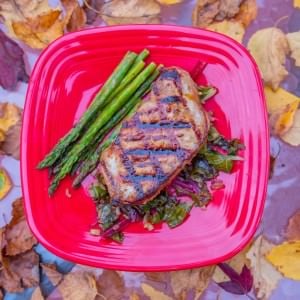