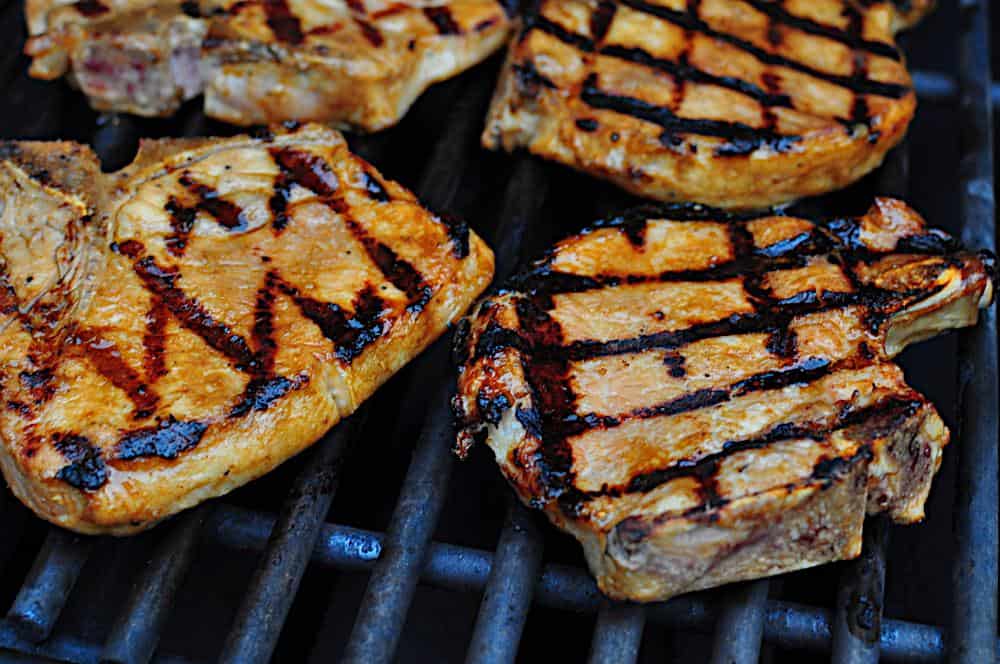 I got home from vacation, and I was tired. Vacation was a lot of fun, but we kept busy - cottage vacations involve a lot of splashing around in Lake Erie. The first thing I did was unload the car. The second was grocery shopping - the refrigerator was bare. It was late in the afternoon, and three cranky kids needed dinner. (Not to mention two cranky parents.) What to do?

I went straight for the bone-in pork chops. Cooking on the bone boosts the flavor of the chops. And, believe me, modern pork needs that boost. Now, for quick grilling, I have a rule - if it won't be ready by the time the grill preheats, don't make it. That leaves fifteen minutes for the marinade to work. Fifteen minutes of marinade is not going to do it with boneless chops.
*I need an hour to brine boneless chops. And, even then, I'd rather spend that hour brining bone-in chops.

These pork chops have a Chinese flavor profile. Why? I would like to say it was all part of my master plan. But…the first thing I saw when I opened my pantry was a shaker of Szechwan pepper salt I picked up on a whim at Penzeys. Oh, well, inspiration takes many forms. 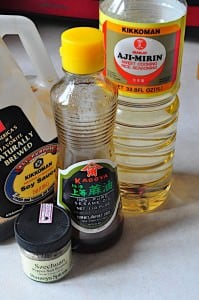 Directions:
1. Prepare the pork chops: Lightly sprinkle the pork chops with the salt and szechwan pepper. Put the chops in a bowl, pour the rest of the ingredients on top, and toss to coat. Let them marinate while the grill preheats, tossing once or twice to re-coat with the marinade. 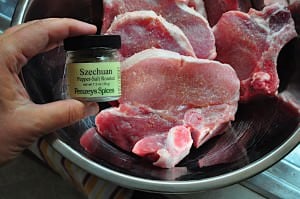 2. Prepare the grill: Set the grill up for cooking on direct medium-high heat. For my Weber summit, I preheat the grill with all burners on high for 15 minutes, clean the grate with my grill brush, then turn the burners down to medium-high. 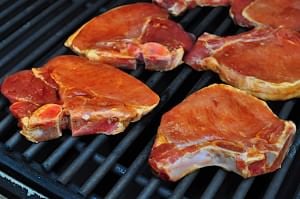 3. Grill the chops: One at a time, remove the chops from the marinade, let any excess drip back into the bowl, then put the chop on the grill. Grill over direct heat for three minutes (with the lid closed if cooking on a gas grill.) Rotate the chops 90 degrees, then cook for another three minutes. (Rotating the chops leaves the telltale diamond grill pattern.) Flip the chops, and cook for three more minutes. At this point, ¾ inch thick chops should be done. Check the chops for doneness with an instant read thermometer; they are done at an internal temperature of 145*F. If the chops are not there yet, rotate 90 degrees and cook until done, another 3 minutes. 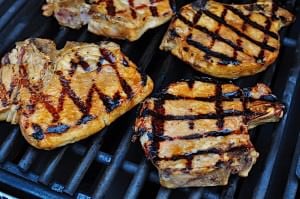 Variations:
*Salt and pepper chops: In a big hurry? Double the amount of salt and pepper, and skip the marinade.

*Marinated and basted: Double the amount of marinade, and reserve a half cup. Baste the chops with the reserved marinade, after flipping them and right after they come off the grill.

Notes:
*If you have the time, marinate the chops for up to an hour and a half. I wouldn't go past that or the chops will be overly seasoned.

*Szechwan pepper has a very distinctive taste. Or, should I say an interesting mouth feel; it will leave your tongue feeling slightly numb. I like that feeling - it adds another dimension to the flavor. However, if that is just too weird for you, substitute regular ground pepper for the szechwan pepper.

« The Ten Item Pantry
Turkey Temperature, or the 150 Question »