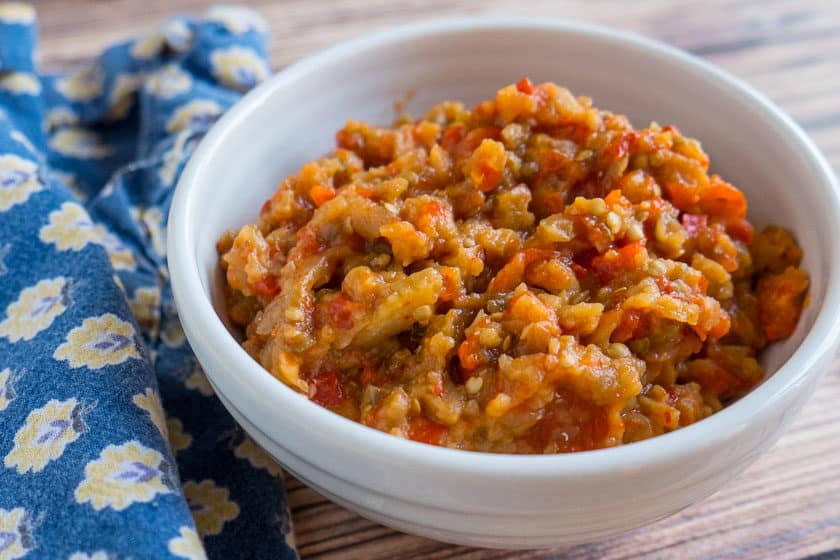 I am desperate. It's spring. I want to grill. It's time. I HAVE TO GRILL.

We had a warm snap before Easter - temperatures in the 60’s! Whoo hoo! And…I had something going on every night this week, where dinner was “quick, sandwiches everyone, we’ve got to get going.”

By Saturday, I was itching to fire up the grill. I woke up to a light dusting of snow on the ground, and 15°F with a strong, driving wind. OK, whatever. I don’t care. I’m grilling tonight, no matter what.

I needed a taste of summer. Like a roasted eggplant, red pepper, and garlic relish, inspired by Serbian ajvar 2Thanks to Mauri and Mike at Sherman Provision, my local butcher, who let me try some last week.. I skipped the traditional long simmered recipe and pulsed the roasted vegetables in my food processor to make a chunky relish. It was exactly what I needed - a reminder that winter eventually has to let go, and there will be sunny days where eggplant and peppers are in season.