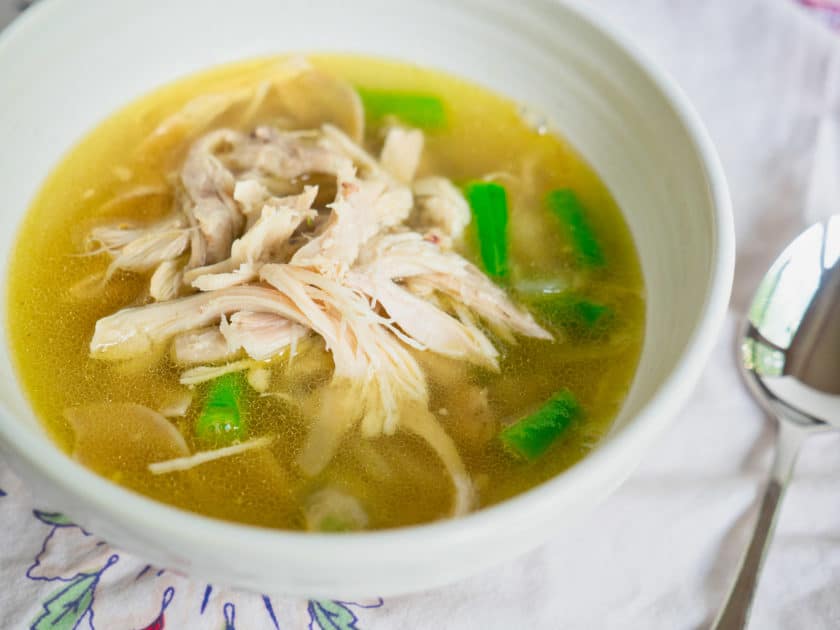 So, what do I do with a batch of Pressure Cooker Broth with Shredded Chicken? I make chicken noodle soup.

For me, soup is a “clean out the refrigerator” recipe; I had green beans in the crisper drawer, so that’s what went in the soup. All sorts of other vegetables would be good in here; carrots, squash, zucchini, corn, peas, spinach…whatever you have on hand.

The other trick is one I picked up somewhere2Probably Cooks Illustrated magazine, but I can’t find the original reference is adding a cornstarch slurry to the soup. This makes the soup extra creamy, building on the gelatin-laden pressure cooker broth. It’s optional, but a nice finishing touch.

Pressure Cooker Chicken Noodle Soup with Vegetables – how I use leftover noodle soup. 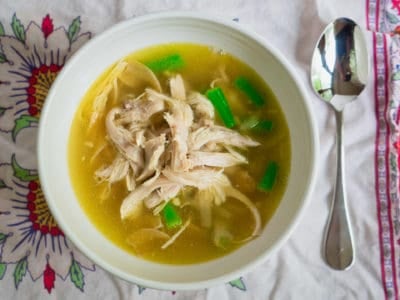