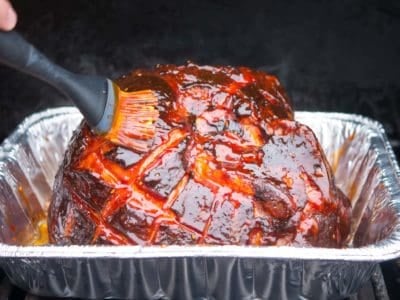 So, can we have the Gochujang ham yet?

My family is gochujang crazed. I’ve mentioned this before, but gochujang, Korea’s spicy red pepper paste, has taken over as the Asian condiment of choice in our kitchen. 3Move over, Sriracha. There’s a new spicy pepper paste in town.

My wife ran across this recipe from chef Edward Lee in the newspaper a while back. Since then, she asks if we can have Gochujang ham about once a month.

I may be a bit slow, but requests from the wife sink in eventually. This one is for my sweetie – grilled ham with gochujang glaze.

Inspired by: Holiday Ham with Heat by Alison Ashton and chef Edward Lee

Grilled Ham with Gochujang Glaze recipe – looking for a ham with a difference? Try this spicy Korean glaze on a grilled ham. 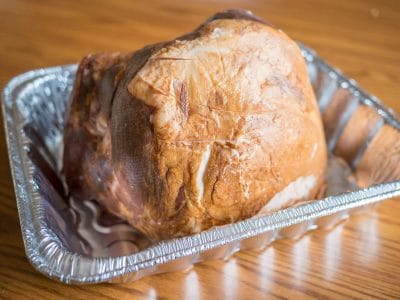 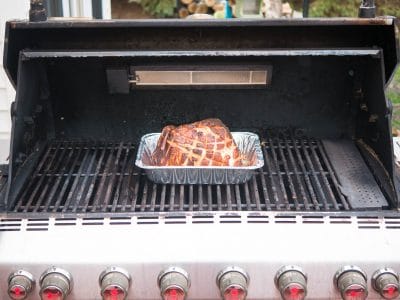 On the grill – lit burners on the sides, ham in the middle 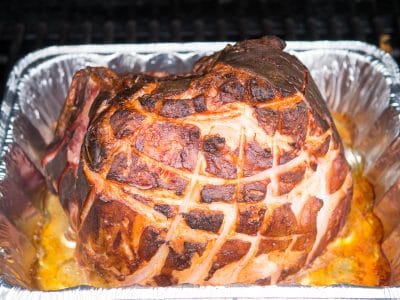 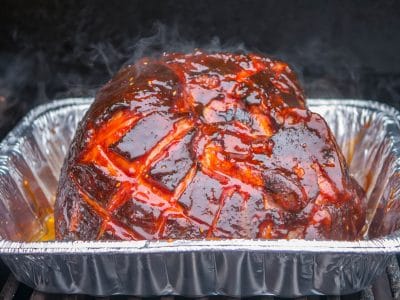 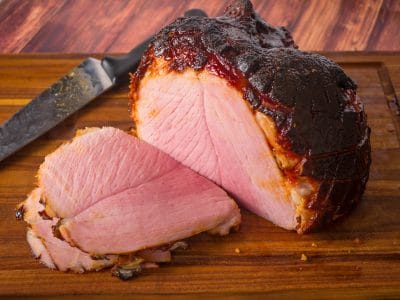