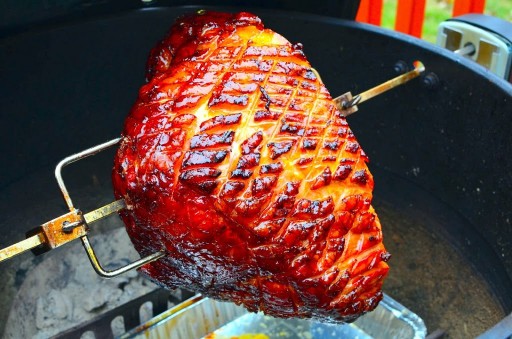 What do you have for Easter? Ham or lamb?

I come from a ham family. The kids would search for their Easter baskets, followed by a late breakfast. (Which, as a kid, was 80% peeps, 10% jelly beans and 10% chocolate bunny ears). Then we’d head over to Grandma’s house for another round of Easter baskets.

Grandma would have a ham and all the sandwich fixings spread out on the dinner table. In spite of the peep overload, I’d usually find enough room for my favorite: a ham and swiss on squishy Italian bread, topped with mustard, with a pickle spear on the side.

Hey, finding baskets was hard work. My parents were devious.

Then I married into a ham crazy family. My in-laws believe in ham for every holiday. Easter, Christmas, New Year’s, Arbor Day…name a holiday, and they’re wondering when the ham will be ready.

So, for both sides of my family, here’s a rotisserie ham. Happy Easter, everyone!

Special thanks to Sherman Provision for the fabulous ham. Ohio raised, double smoked in their own smokehouse. It was magnificent.

Rotisserie Ham with Orange and Honey Glaze – crispy ham with a sweet glaze on your grill’s rotisserie.

Charcoal baskets and the perfectly sized Weber Extra Large Drip Pans are useful if you have a Weber kettle and rotisserie, but they’re not necessary. Just split the coals to both sides, and drop a foil pan in the middle. 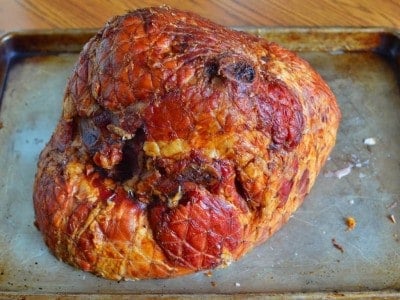 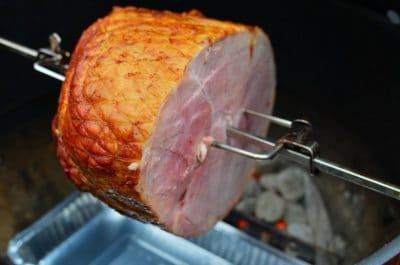 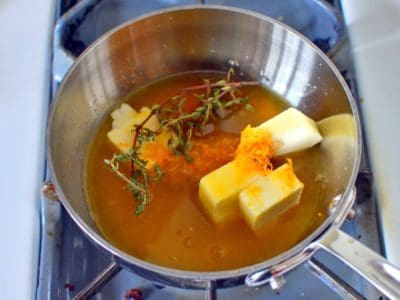 Set the grill for indirect heat, with a drip pan in the center 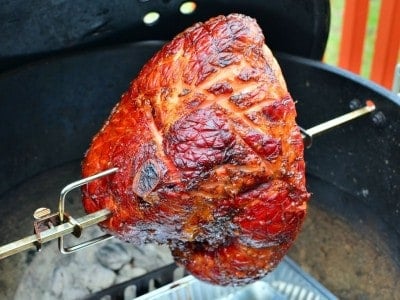 Ham on the rotisserie 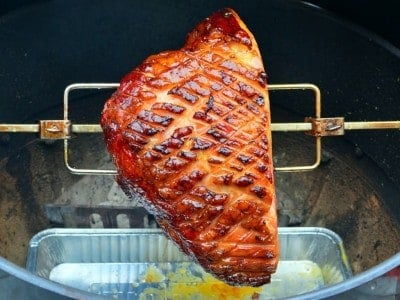 It’s a Kindle e-book, so you can download it and start reading immediately!