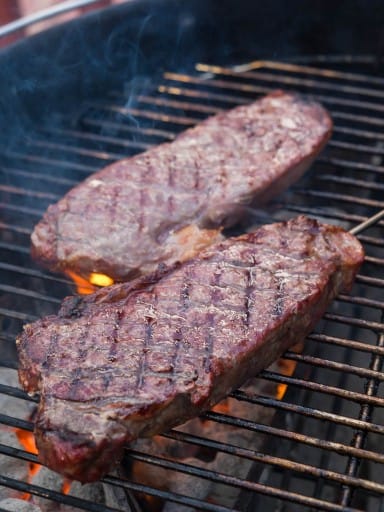 When I have the time to do it right, I reverse sear my steaks.

What is reverse searing? Set the grill up for indirect high heat, and put the steak over the indirect side – away from the heat – and let it slowly come up to temperature. Then move it over the high heat side of the grill for a quick sear to finish the steak.

Why reverse sear? I covered this in my Reverse Sear vs Sear and Move post earlier this week, but here are the highlights:

Now, reverse searing does take more time – about a half an hour to cook the steaks. That’s the reason I don’t reverse sear all the time; sometimes dinner needs to be on the table right away. But, like I said, when I can do it right, this is the cooking method I use. Take the time, and your patience will be rewarded. 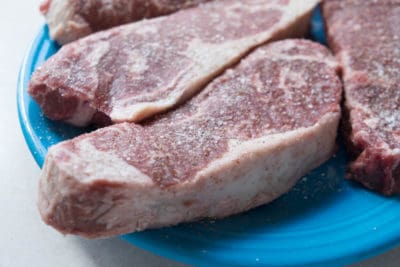 Salt the steaks and let them rest for an hour 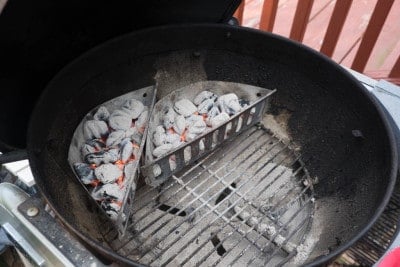 Set the grill up for indirect heat 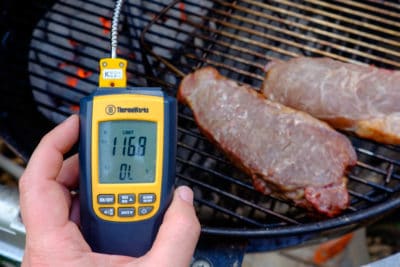 Cook at indirect to 115°F for medium-rare, then sear 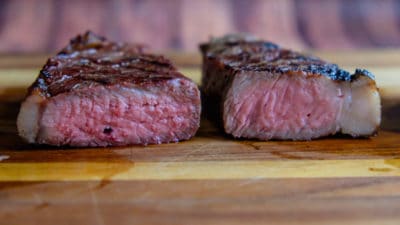