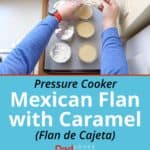 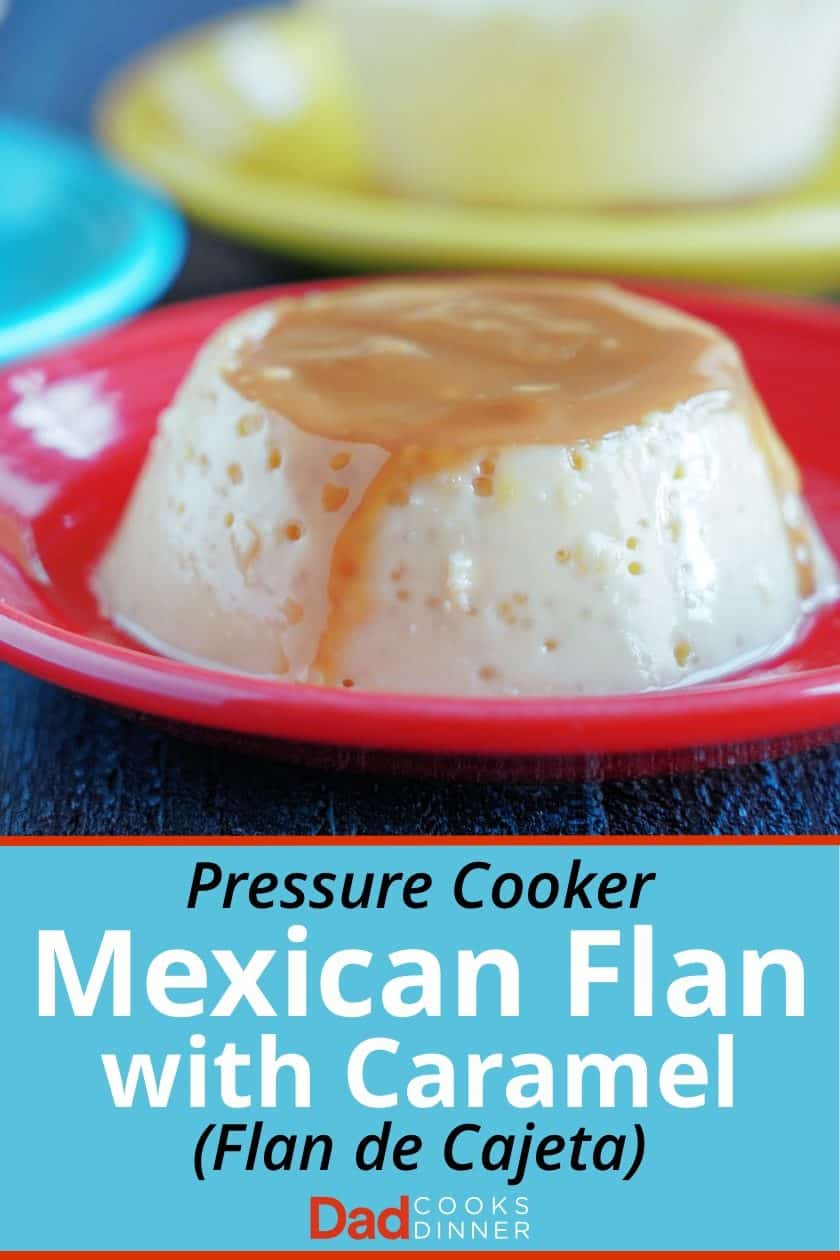 I was shopping at my local Mexican market, picking up ingredients for taco night, when I saw it. A glorious tub of cajeta, Mexican caramel. Visions of caramel flan danced in my head as I put it in my car.1

I know what you’re thinking. “Evaporated milk? Condensed milk? What are you doing? That's not Authentic!” As it turns out, condensed and evaporated milk are common ingredients in Mexican desserts. (They’re two of the three kinds of milk in “Tres Leches” cake.) They also make custard easy - whisk them together with eggs, and they’re ready to cook.

Of course, I’m pressure steaming the flan in my Instant Pot. Five minutes under pressure? It's a no-brainer. The 6 quart models are just wide enough to fit 3 (6-ounce) custard cups in a single layer. Then I stack a second layer of cups on top of the first, balancing them on the edges of the lower layer of cups.

So...why flan? I'm a fan of make-ahead desserts. Cooked flan needs to rest in the fridge for a few hours to set up, but after that, it doesn't matter when you serve. Am I using them tonight? Great. Tomorrow? Sure, that's fine. They'll last for a few days in the refrigerator. And, no fussy last-minute work is needed. Pull the flans out, unwrap, unmold onto serving plates, and serve.