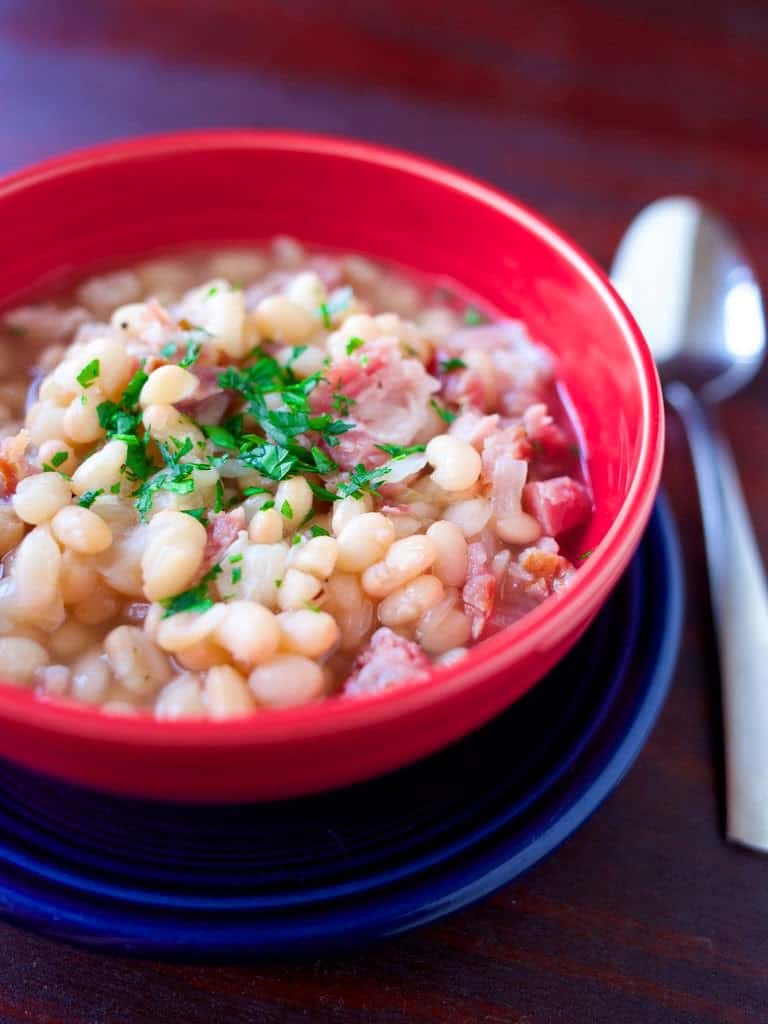 Bean soup is on the menu in the U.S. Senate’s restaurant every day.

No one is exactly sure why this tradition started, but since 1903, U.S. Senate bean soup has been served in the Senate dining room every day – the only mandatory recipe on the menu.
The only exception, according to Senator Elizabeth Dole, as told to her by her husband, Bob Dole, was in 1943, during World War II rationing. It only happened for one day, and then bean soup was back on the menu.

Senate bean soup a simple recipe – navy beans, ham hocks (or ham and a hambone), onions sauteed in butter, and salt and pepper. “The Senators like their soup straightforward” said Don Perez, the Senate dining room’s executive chef back in 2003.

I’m taking a couple of liberties with the soup – Chef Perez admitted he adds a little garlic – and a recipe attributed to Senator Fred Dubois in 1903 includes mashed potatoes and parsley. I’m skipping the potatoes, but the parsley adds a splash of color that I can’t pass up. 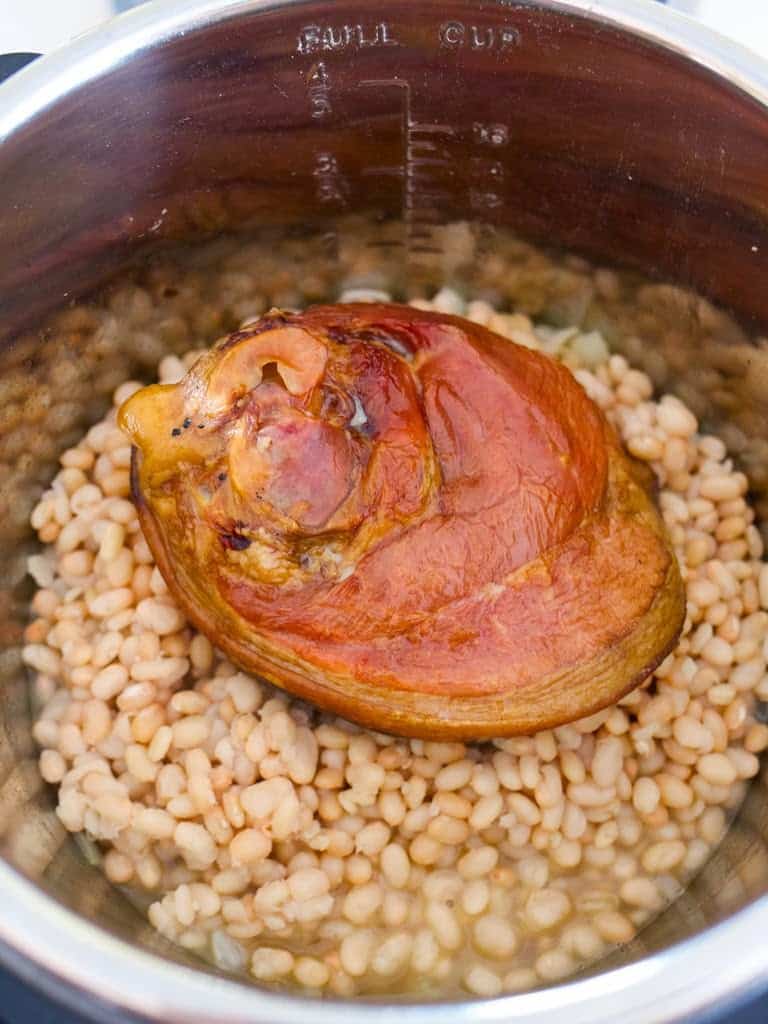 So, why bean soup? Because I will have a ham bone and leftover ham from Easter dinner. (I’m notorious with my in-laws for taking bones home with me from family dinners.) This recipe was invented to use up leftover ham. (Well, I don’t know that for sure…but it looks like what the Senate’s chef would do the day after serving ham.) That said…the pictures have a (huge) smoked ham hock from my butcher. Don’t be afraid to use leftover ham; this recipe was made for it. 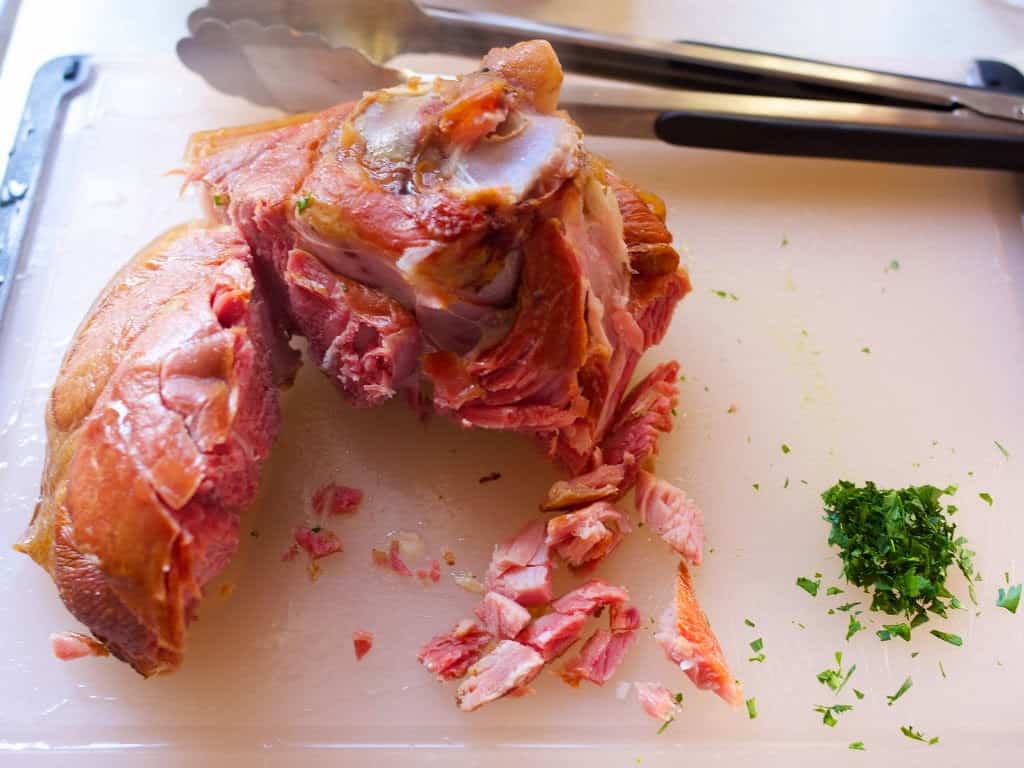 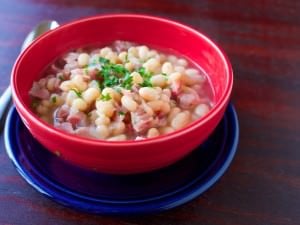