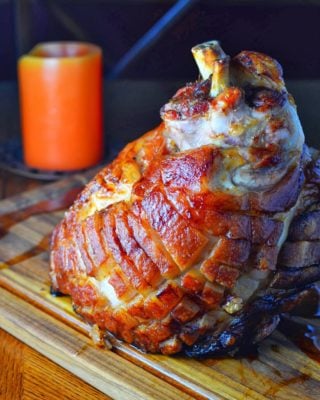 Fresh ham is hard to find…except around New Year’s Day. Northeastern Ohio has a lot of Eastern Europeans, and everyone wants pork and sauerkraut for good luck in the New Year.
I don’t have Eastern European in my background – but my wife does. Me? I came to pork and sauerkraut later in life – as a high schooler, eating knockwursts buried in sauerkraut from the hot dog vendors in downtown Cleveland.The British call this a “leg of pork roast”, which is a better explanation than fresh ham…but I’m going with the American name for now. I think it explains the cut better to my American audience.
I’m cooking half of a leg – pictured is the shank end of the fresh ham. The butt end is boned and in my freezer, waiting to be turned into a boneless roast at some point in the future.

Fresh ham is a lean cut of pork, similar to pork loin. I injection brine the leg roast to season it all the way through, and add some moisture to the lean meat. Even with the brine, it doesn’t have the cured meat taste that makes me think “ham”. This is a pork roast, through and through._

So, why go through all the effort? Because, pork cracklings. There’s nothing better than pork skin, crisped up on the grill in its own pork fat.
The meat isn’t bad, either – like I said, it’s kind of lean, like a pork loin – but it has more fat and connective tissue, so it doesn’t dry out as quickly as the loin. If you like lean pork, try pork leg – you’ll enjoy it. 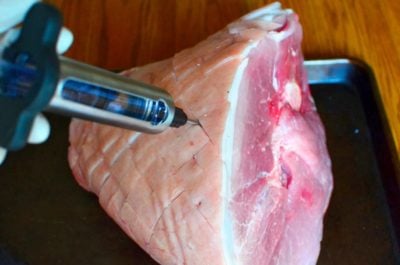 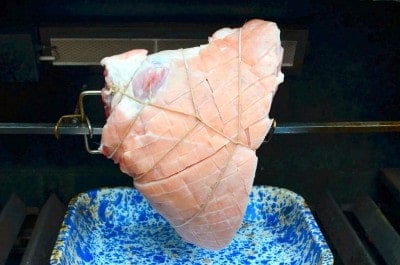 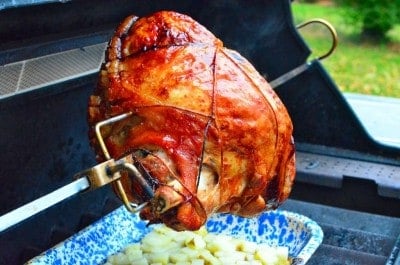 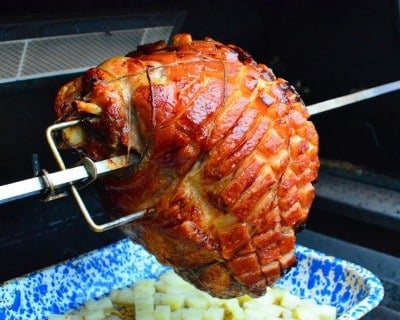 Crisping with the infrared rotisserie burner 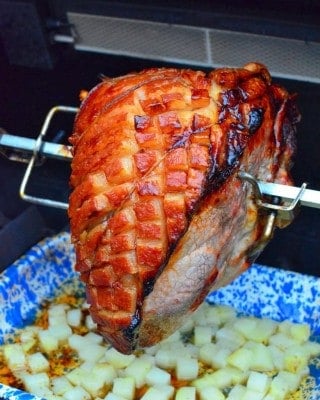