How do I use my browned beef stock? I make the best beef and noodle soup ever. (That’s how it was rated by three finicky recipe testers, aged twelve, ten and nine.)

I lucked out on the timing of this recipe. When I made my weekly meal plan, I didn’t know there was a storm coming. (This year, I should always assume a storm is coming…but I digress.) The kids took advantage of the snow day and headed outside to play with their friends. I took advantage of the piece and quiet and made beef stock. As they came back in the house, leaving a trail of snowy clothes behind them, each one said “what smells so good?”

Oh, just beef noodle soup. “Cool!” was the universal answer, followed by the sound of them pounding downstairs to play Xbox.

(Later, one came upstairs while the broth was cooling on the deck and asked in a worried tone: “Why don’t I smell the beef soup any more?”)

Homemade stock is the key to this recipe; it adds flavor and body that store-bought broth can’t duplicate. The soup starts with sauteed mushrooms, adding another layer of umami to the bones and tomato paste in the beef stock. After that comes a base of aromatic onions and garlic, with a touch of crushed red pepper to spice it up a bit. Then we build the soup with thick pieces of carrot, shredded beef, and egg noodles.

Watch out with the noodles. One cup of dried noodles will not look like enough, but please, don’t add more. More noodles will suck up all the broth, leaving you with a noodle stew instead of a soup.

A soup is not ready to serve until it has been aggressively seasoned. (Think of Remy fixing the soup…adding a dash of this and a bit of that, tasting some more, snapping his fingers, wondering if it needs something else.) A splash of vinegar adds some acid. Then use a heavy hand seasoning the soup with salt and pepper. Keep adding salt until the soup tastes sweet and suddenly has a lot of body – salt brings out the flavors of the broth, and the soup tastes bland without it.

Want the best beef and noodle soup ever*? Here it is.
*After all the mushrooms are picked out, according to one of the finicky reviewers. 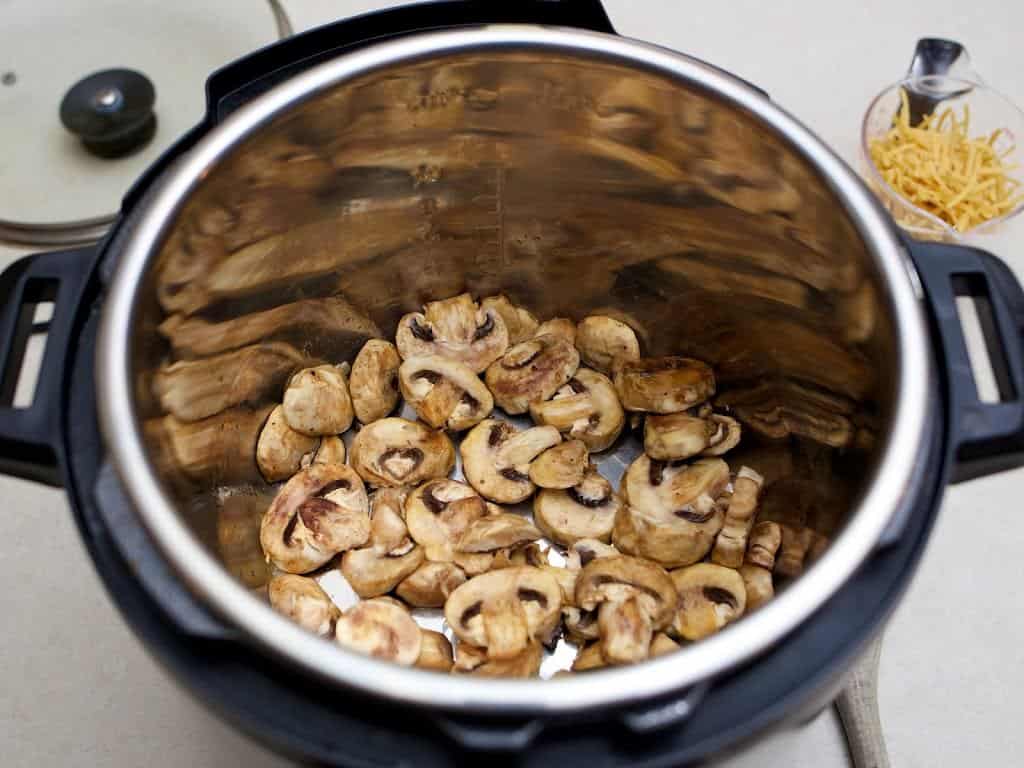 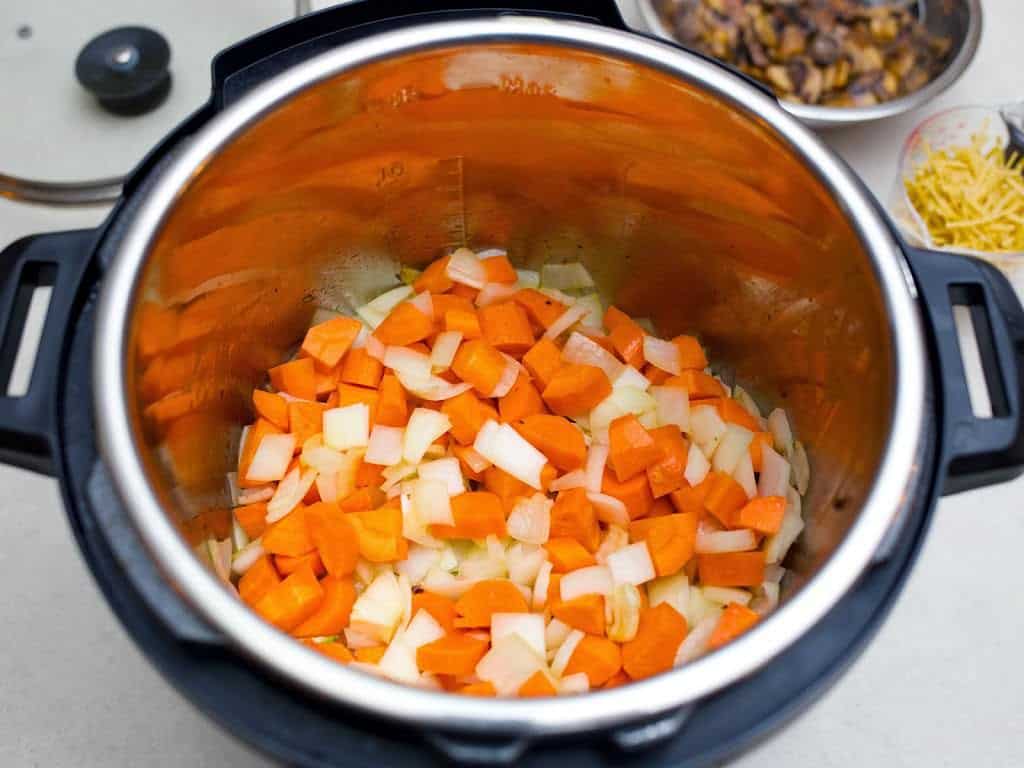 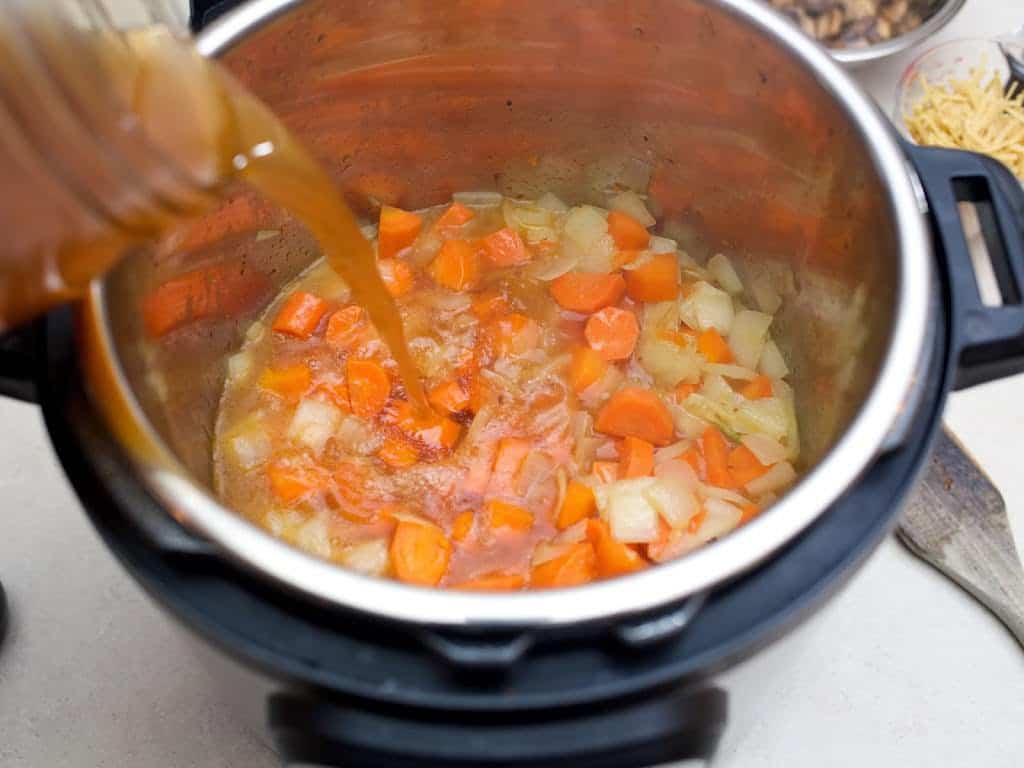 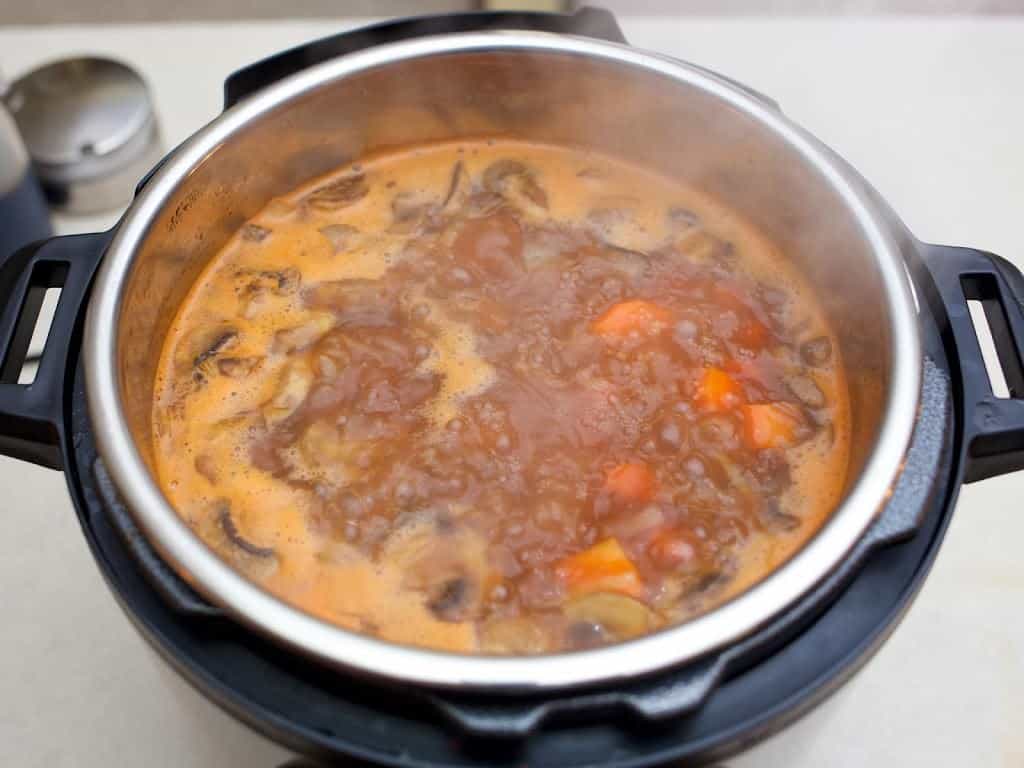 Simmer the noodles, season to taste

Enjoyed this post? Want to help out DadCooksDinner? Subscribe using the RSS or Email options on the right, recommend DadCooksDinner to your friends, buy something from Amazon.com through the links on this site, or donate through my tip jar. Thank you.