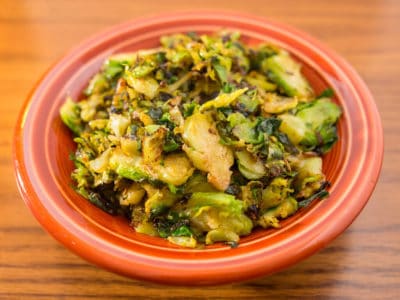 The downside? Oven roasting takes just long enough that I can’t do it on weeknights, unless I’m really organized. I’m never that organized. But I don’t want to give up on a vegetable that (one) of the kids is actually eating. That’s why I got excited when I saw the bag of shaved brussels sprouts at the grocery store. 2Yes, I get excited at the grocery store. I’m a weirdo. Shaved brussels sprouts cook in about ten minutes. Sautéing them in a little oil gives me the crispy, sweet, oven roasted flavor, without heating up the oven.

Now, this recipe works best in a cast iron skillet, preheated for five minutes. The heat that builds up in the cast iron crisps up the sprouts, browning them while cooking them through. That said, it will work in any pan; heavier is better, if possible. The sprouts won’t crisp up quite as much. But they’ll still be good enough to convert picky daughters to a love of green vegetables. 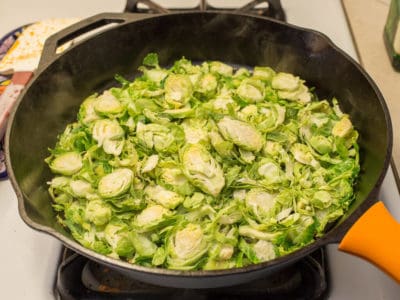 Sprouts in the pan 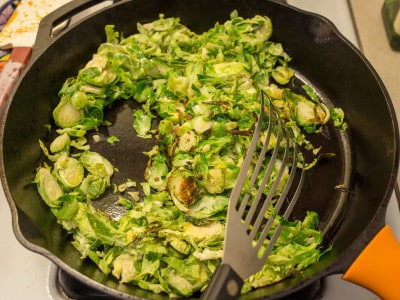 Cooking and tossing – starting to brown

Done – note the change in color – the white part of the sprouts turned to yellow. 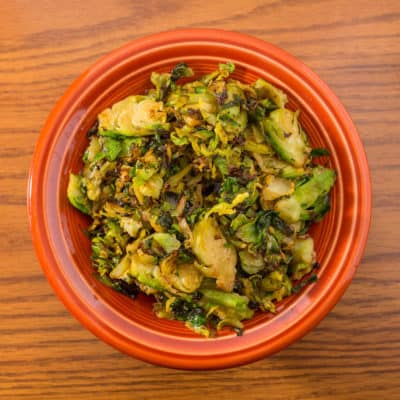