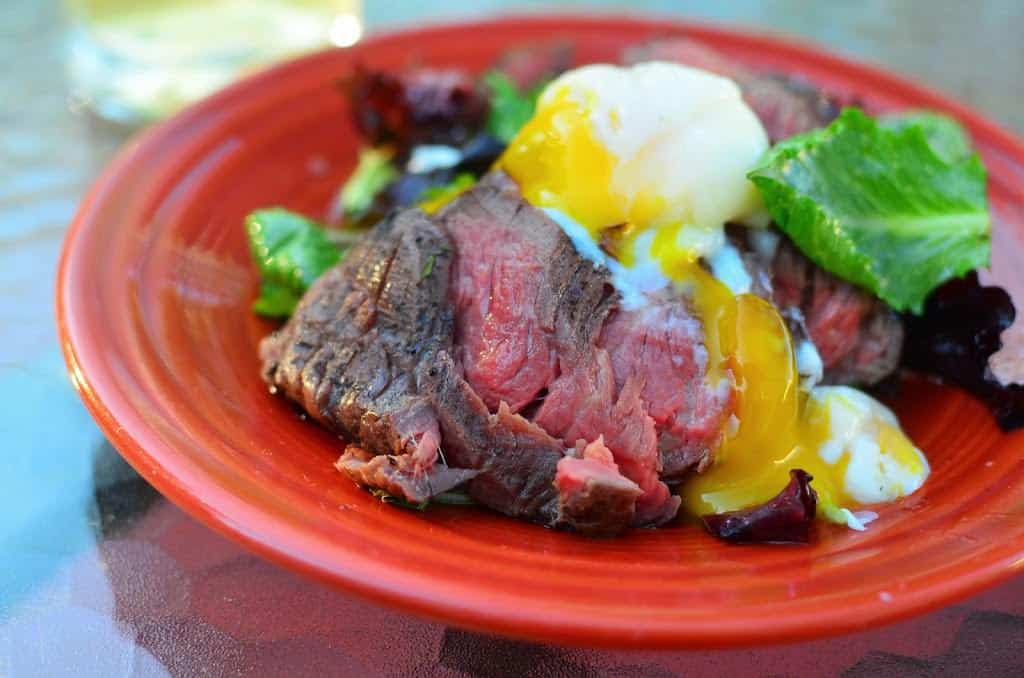 I didn’t win the Sous Vide BBQ contest - bummer - but they said I can keep the SousVide Supreme if I send them $100, or write four more sous vide recipes over the next six months. Guess which one the cheapskate chose…

[This] is the stance of a man I met in eastern Africa. He was a reedy, white-blond Berliner named Gregor. Gregor had spent five years driving trucks up and down the coast from Mombasa to Capetown. He had seen a lot of backcountry meals over that time, and whenever he was served one, he reacted in one of two ways. If the plate of food he was handed included an egg, he would look happy and eat. If it didn’t, he’d look mournfully up at whoever had delivered it and ask, always as though for the first time: “What about egg?”
Tamar Adler, An Everlasting Meal

Put an egg on top is my new motto.

I’m home alone this week, cooking for one. I also had some important stuff to do (hey, those cookbooks don’t read themselves), so I used the SousVide cooker to do all the hard work:

Dinner was on the table with 15 minutes of active time and minimal cleanup. And, in spite of how much laying around I did, it was a feast, not a “food is fuel, dump a salad and throw in some salami.” Um…not like I ate that the day before or anything…
I apologize for repeating myself with put an egg on top. And filet mignon with a salad. And sous vide. I was hungry, and it seemed like a good time to put them all together. 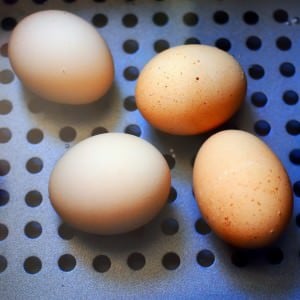 Drop the sous vide temperature to 54.5°C/130°F (I added 2 cups of ice to help cool it down). Sprinkle the filet mignons with the salt, lay the thyme sprigs on top, then vacuum seal the filets, 2 to a bag. Drop the bags in the sous vide and cook for 1 hour. (Leave the eggs in the sous vide - they’ll be fine.) 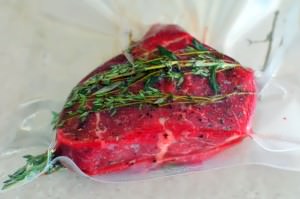 3. Set the grill up for direct high heat

After the steaks have been in the sous vide for 45 minutes, set the grill up for cooking on direct high heat. I preheat my Weber Summit with all burners on high for 15 minutes, then brush the grate clean with a grill brush.

While the grill is preheating: in a large bowl, whisk the vinaigrette ingredients until they emulsify. Dump the fresh herb salad mix on top. (Don’t toss the salad yet - wait until the steaks are cooked.) 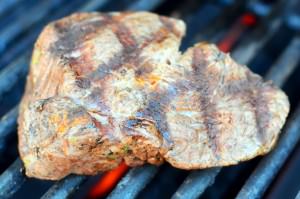 Toss salad with vinaigrette, and split between 4 plates. Slice the filet mignons into ½ inch slices, and fan each steak out on top of a salad. Crack an egg onto the top of each steak and serve immediately. 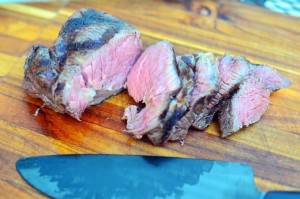 Questions? Other ideas? Requests for a recipe that isn't beef on a greens? Leave them in the comments section below. (Requests to skip the egg will be ignored.)