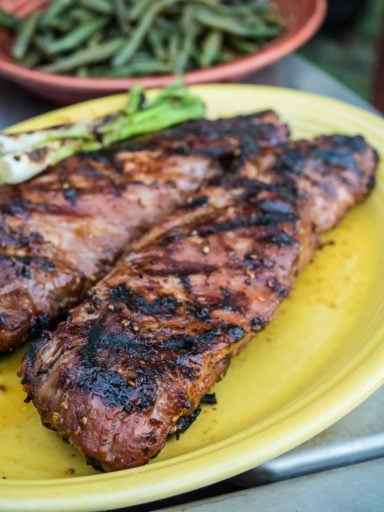 I just have to get outside and grill this evening – blue skies, the sun setting behind the trees, and the crisp smell of fall in the air. My oldest son is on a teriyaki kick – whenever I grill something, he asks if he can put teriyaki sauce on it. So, what’s for dinner tonight? Teriyaki pork tenderloin on the grill.

Pork tenderloin is a little trickier to grill than, say, a pork chop. The thick tenderloin needs to be seared, then moved to indirect heat to cook through without burning. For the searing step, I treat the tenderloin like it has four “sides”. I grill it over direct heat until it is browned on the bottom. Then, instead of flipping the tenderloin, I give it a quarter turn – rolling it 90 degrees, onto its side. I repeat this three more times, until the outside of the tenderloin is covered in grill marks. 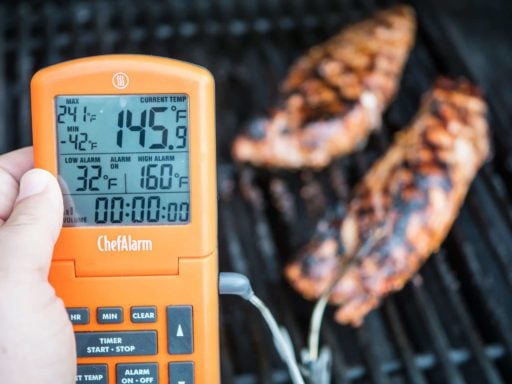 Tenderloin is done – time to move off of the grill