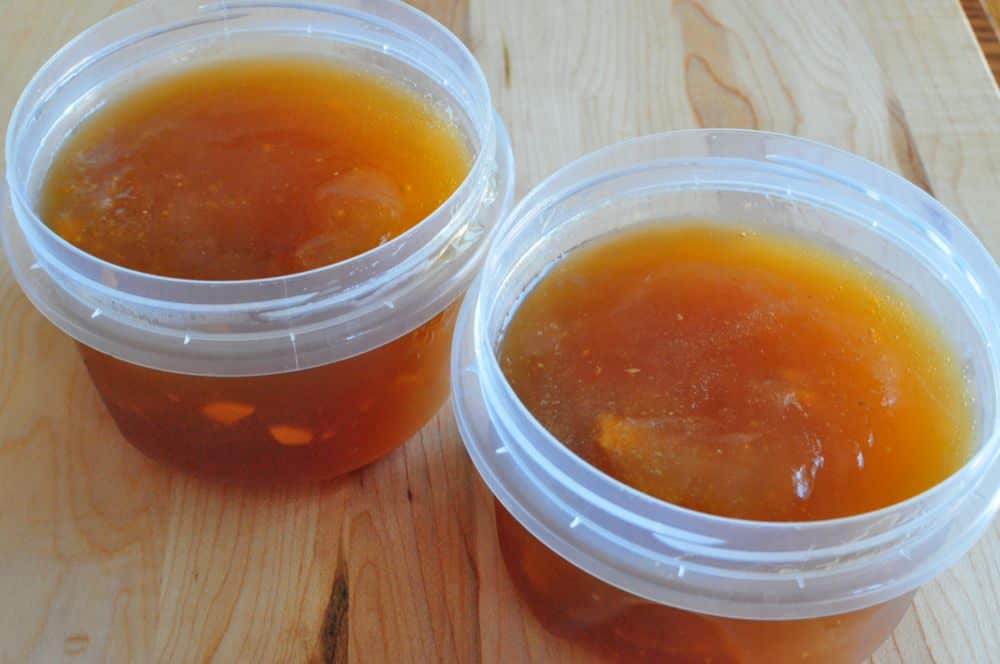 Beef stock has a distinctive flavor.  I don't make it that often; I only use it in recipes where beef is the main ingredient.
*And because I never have beef bones just lying around, like I do leftover chicken carcasses.

I purchase beef bones specifically to make stock. Great stock needs bones, marrow and meat. For me, this means shanks and oxtails, which I can usually buy at my local store under the name of beef soup bones. The bones and marrow are full of connective tissue and gelatin, which gives the stock body; the meat gives the stock its flavor.

It is not as versatile as neutrally flavored chicken stock, but when I need beef stock, I REALLY need it. Beef soup is not the same with chicken stock as the base. Beef stock shouts "I came from beef! I was raised on the open range!" Beef stock isn't a culinary chameleon; It knows what it is, and is proud of it.

My recipe is based on a few sources; Alton Brown showed me the basics, Michael Ruhlman explained the the ratios

that underlay the technique, and Heston Blumenthal researched the perfect beef stock method. I've sung the praises of pressure cookers before, but they really are the perfect vessel to make stock. Of course, pressure cooking is faster; an hour under pressure does the work of five hours of simmering. More important is the flavor - pressure cooker stock just tastes better! As Mr. Blumenthal discovered, cooking under pressure extracts more flavor into the liquid, and those flavors are trapped by the sealed environment of the pressure cooker. As the pressure cooker cools down, the volatile flavors that would normally boil off are trapped, and condense back into the broth. The result is the ultimate in beefy goodness.

Experience has taught me a few other things about pressure cooker beef stock:

Pressure Cooker Beef Stock. Rich and full of body, done in a couple of hours thanks to the pressure cooker.

Questions? Comments? Other ideas? Secret ingredients in your stock recipe? Leave them in the comments section below.