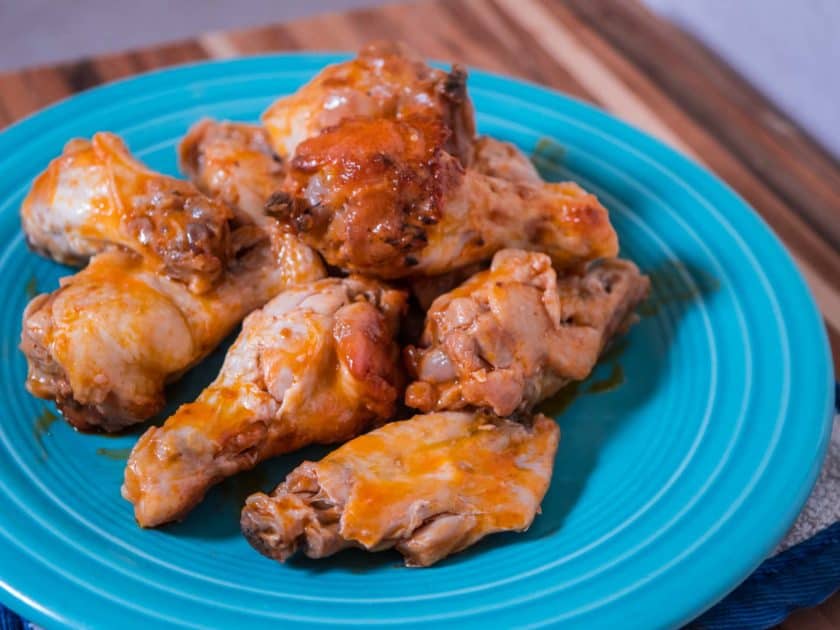 This recipe is a hold-over from the Super Bowl – I wanted to make some wings, but was too busy in the kitchen (and the weather was just dicey enough) that I didn’t go with my usual Grilled Wings. Occasionally I oven roast wings, and they are good, but I thought they could be better.

That’s when I decided to try my trusty pressure cooker with the wings, and started googling recipes. Turns out, I should have tried this sooner. Pressure cooking renders the fat in the chicken skin and cooks the wings through. But, they’re not done – I want crisp wings – and they need some time under the broiler to brown and crisp up.

As for wing sauce, I learned years ago that true buffalo wing sauce is nothing but Franks Red Hot sauce and melted butter. Franks is what gives it that “wings” flavor. Back in my day (get off my lawn, you meddling kids!) I had to make it from scratch, but now you can buy decent wing sauce at the store. I still prefer the Franks brand – it has that traditional “hot wing” flavor.) But, since I always have hot sauce in my pantry and butter in the fridge, I still whip up a batch of sauce when I need it. 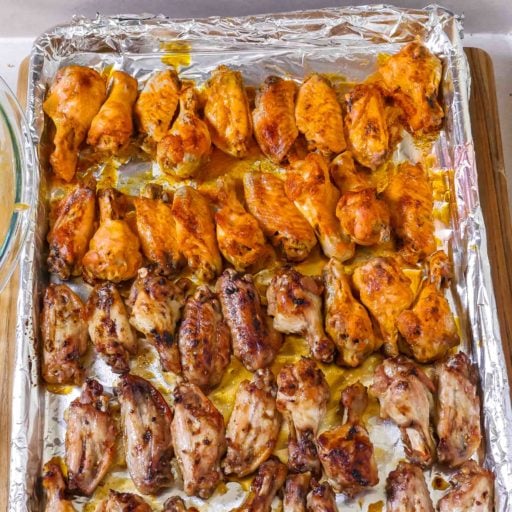 My other trick is two layers of sauce. After I pull the wings out of the pressure cooker and pat them dry, I toss the wings in the sauce. I transfer the wings with tongs to a rimmed baking sheet, leaving as much sauce behind as possible. Then I brown the wings under the broiler. Once they are golden brown, I pull them out and give them another toss in the sauce, to give them a fresh coat, and serve them immediately. (Which means I pour the bowl – o – wings on a platter and dig in. I’m a bit of a monster when it comes to chicken wings.)

Pressure Cooker Buffalo Chicken Wings – a big batch of Buffalo chicken wings from the pressure cooker and the broiler.